Serious eye diseases, such as glaucoma, diabetic retinopathy, and age-related macular degeneration, can develop silently and without warning. By the time that symptoms appear, it’s often too late to stop these diseases from progressing to blindness.

Successful treatment of severe eye disease depends almost entirely on early detection. Unfortunately, patients don’t always recognize the need, or they only abide by recommendations for referrals made in earnest by doctors.

The good news is that emerging technology and new clinical approaches are changing the way that doctors detect eye diseases. These developments provide primary care doctors with greater capabilities to make a difference for patients at risk of losing their sight.

Optomed is committed to this important fight by providing advanced imaging modalities that are affordable, easy to use, and software driven. In delivering these new capabilities, the team at Optomed is focused on putting the proper screening tools to detect eye diseases within everyone’s reach.

The Importance of Early Detection

Vision impairment is a problem of immense global scale. According to the World Report on Vision from the World Health Organization (WHO), an estimated 2.2 billion people worldwide suffer from severe vision problems or blindness.

The WHO conservatively estimates that about half of those cases either could have been prevented outright or go untreated. Of those cases triggered by glaucoma, diabetic retinopathy, or other eye diseases, which develop over a long period, “the vast majority … are avoidable with early detection and timely intervention.”

Effective early screening, along with the advent of new therapies, is making a significant difference. The prevalence of blindness from age-related macular degeneration, for instance, fell by half between 2000 and 2010 in Denmark following the introduction of new pharmaceutical treatments, according to a 2015 paper in Clinical Ophthalmology.

Earlier screenings offer other positives in that they can highlight early warning signals of stroke and other vascular conditions.

The primary care physician can and should become the linchpin in early detection. They are often the first to learn about potential vision problems faced by their patients. An estimated 2-3% of all primary care visits are for eye-related complaints, according to a 2019 article in Osteopathic Family Physician.

Problematically, the ophthalmoscope, which has historically served as the primary tool for early detection, has significant limitations, even for specialists. Effective ophthalmoscopy requires patients to have dilated pupils, a process that takes up to thirty minutes to take effect. The device also has a narrow field of view. A 2015 paper in Neurology Clinical Practice called ocular fundoscopy a “dying art” and indicated that students and physicians alike “lack confidence in the use of the ophthalmoscope.”

As a result, the process for detecting eye diseases is ripe for change. New technologies developed by Optomed and other companies and university researchers allow for earlier screenings and treatment intervention by the primary care physician. These include retinal cameras and advanced software that leverages advances in artificial intelligence and machine learning. These systems help identify potential problems before they might normally be spotted, changing the way that doctors detect eye disease.

Researchers at Mt. Sinai reported in May 2020 the results of a study that showed the promise of AI in predicting the risk of AMD progression. The clinical insights provided by earlier screenings can prompt patients to get help sooner.

IBM researchers reached a similar conclusion after studying the use of “deep learning and visual analytics” in the early detection of diabetic retinopathy. IBM’s approach also involved algorithms that help identify the severity of the disease.

These new technologies, including machine learning algorithms, are benefitting patients in the form of easy-to-use retinal cameras, such as the Optomed Aurora.

Optomed is founded on the premise that making eye screenings more affordable and available can significantly help the prevention of blindness. The company has been developing portable, handheld solutions targeting screenings of diabetic retinopathy since 2004.

Its latest product is the Optomed Aurora, a handheld fundus camera that allows for easy and quick examination of the retina and anterior of the eye for retinopathy and other neurological disorders.

The Aurora camera is non-mydriatic, which means there is no need for pupil dilation when imaging the fundus. It offers a wider 50-degree field-of-view, which makes it easier to spot diabetic retinopathy.

Significantly, the Aurora produces video and still images that can flow easily into patient management software, where they can be shared more widely with specialists such as ophthalmologists for immediate action.

Because the device is lightweight and handheld, the Aurora helps make screenings more widely available to all patients.

There is a better way. Retinal screenings using new technologies developed by Optomed and others have enormous potential to allow for earlier intervention. Working together, we can change the way that we detect eye diseases. 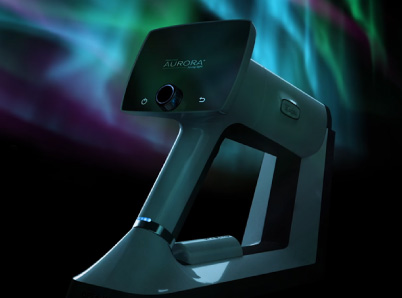